Almost everyone, young and old, knows what the sight of a flag flown at half-mast is. But few know why such a tradition exists, and why it has become a universally recognised symbol of grief, loss and solemn national remembrance. 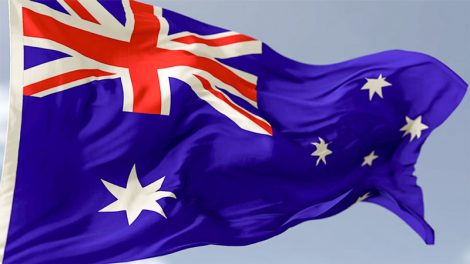 The long tradition of lowering flags to half-mast is said to have its origin on the ships committing to long voyages across the globe, though the exact historical origins are unclear. However, many modern historians point to a Colonial British expedition to Canada in the early stages of the 17th century, where aboard the ship ‘Heart’s Ease’, the ship’s Captain, one James Hall, was killed by a hurled Inuit spear-

It is not known exactly why the crew decided to then lower the flag, but it is thought that perhaps it was to alert some of the crew that had jumped off on the land, that something had gone wrong.

This may have partly been to signal to those who had gone inland that something had gone wrong, but the notoriously superstitious ‘Sailor’s Code’ may also have played a pivotal role. According to tradition, the ship’s flag was put at half-mast to make room for what was then known as the ‘the invisible flag of Death’.

In fact, upon the ship’s return to its London dock and the ship’s flag was still at half-mast, it was implied that the ship and its crew had experienced death on their voyage.

It was more widely adopted shortly after this period-

As a sign of respect or honour for important persons, sailing ships would lower their sails, thus slowing the vessel and allowing for an Aristocrat, or government appointee’s own vessel to come alongside and for him to board if it was necessary or if the existing crew were in need of any assistance.

Lowering of sails was also used to honour Diplomats and other government or military figures that were reviewing a naval procession from the land.

The more time that passed, the more symbolic the gesture became, until morphing into what it means to us today.

Whatever the origins, the now universally recognised tradition became more widely used throughout history, to signify a tremendous loss, and used in remembrance of others lost in battles in the great wars.

For information about Australian national flag protocol, please visit It’s an honour, a website managed and maintained by the Department of the Prime Minister and Cabinet.

Contact us today to see how the team at Tudor House can help you or simply to check what flag, bunting or banner options we have available.