More than a century after Australian and New Zealand forces first landed on the shores of Gallipoli, people from across Australia still gather to remember the brave efforts of the fine men and women who fought for our country. 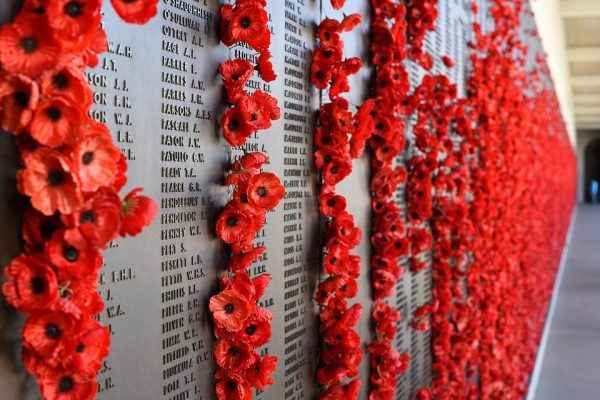 Every year on 25 April the nation stops. Shops shut their doors, schools lock up for the day, and restaurants turn off their ovens.

While the sacrifices made by our ancestors will never be forgotten, the Australian and New Zealand Army Core are at the forefront of everyone’s mind come Anzac day.

The History Behind Anzac Day

After only 13 years as a federated nation, Australia was thrown into turmoil when Britain declared war in 1914. Fighting as part of the Commonwealth, Australian and New Zealand soldiers set off on a mission to capture the Gallipoli peninsula, to open the Dardanelles to the allied navies.

The overall goal of this mission was to capture Constantinople (Istanbul), which was an ally of Germany.

When our forces landed on the shore of Gallipoli on 25 April they met resistance from determined Ottoman Turkish defenders. While it had been hoped the mission would be a bold stroke to knock Turkey out of the war, the campaign quickly became a stalemate, and ended up dragging on for eight months.

During this time more than 8,000 Australian soldiers lost their lives, and many more were injured. By the end of 1915, after heavy losses to everyone involved, the allied forces were evacuated from the peninsula.

Now, the memory of this struggle is known as the ‘Anzac Legend’. The battle in Gallipoli has helped form the identity of Australia and New Zealand, with the pride of the Anzacs remaining strong even today.

The first Anzac commemorations were held on 25 April 1916 when services were held across Australia, there were marches through London and a sports day was held in the Australian camp in Egypt.

As more than 2,000 soldiers marched through the streets in London, they were dubbed ‘the knights of Gallipoli’, while back home, marches took place across the country.

In the 1920s Anzac day became a national day of commemoration for the 60,000+ soldiers that lost their lives during the First World War.

Now, Anzac day is considered a national day of remembrance, and acts in the memory of all Australians who have lost their lives in military and peacekeeping operations, including the Second World War.

Come 25 April, people from across the country gather for a range of Dawn Services – the time of the original landing, while servicemen and women take part in marches in all of the country’s major cities in the afternoon.

Anzac Day is, and always will be a time for Australians to reflect on our history, and the meaning war.

A large part of these commemorative services is poppies, and also the flying/waving of the Australian flag, as this is a symbol of the nation we’ve become thanks to the bravery of our soldiers